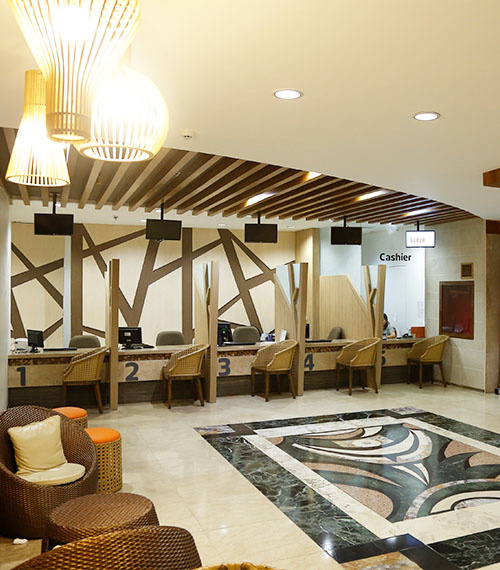 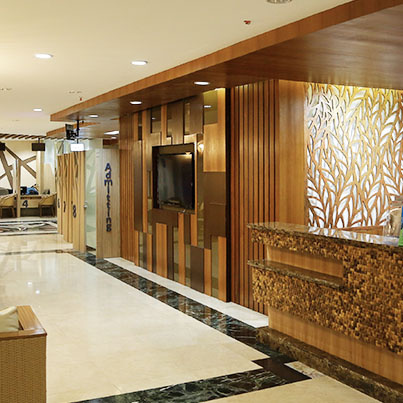 Building on its long tradition of providing excellent healthcare and unmatched hospitality, World Citi Medical Center is dedicated to providing optimum, holistic healthcare and wellness services to its patients.With its rating as a tertiary hospital with a 120-bed capacity as well as its ISO Certifications for Quality Management System, and Occupational Health & Safety Management System; World Citi Med proves itself as one of the leading healthcare providers in the country for preventive, curative, and rehabilitative processes that are essential in maintaining one's physical, emotional, and psychological welfare.

We are committed to delivering optimum and holistic Patient-Centered care as well as providing a rejuvenating environment for our patients. We also seek to engage highly competent and ethical professionals and support staff while adapting relevant technological innovations that foster strategic relationships with our stakeholders. We do all this in an effort to expand access to healthcare in the community we serve.

We believe in Higher Call for which we exist and to which we respond as dedicated organization in pursuit of our goals.

PAR EXCELLENCE. Committed to fulfill our tasks and responsibilities with excellence.

INTEGRITY AND HONESTY. Truthful and honest in our dealings with everyone.

TEAMWORK. Working effectively as one.

But these can be possible by the grace and guidance of the Divine Providence. 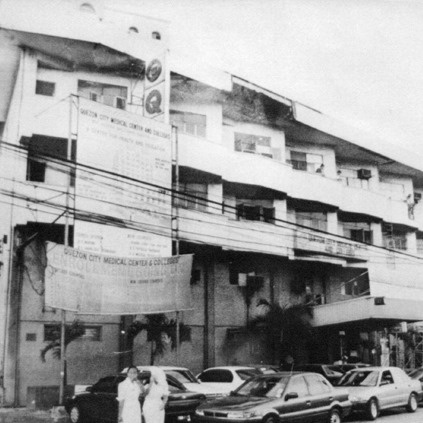 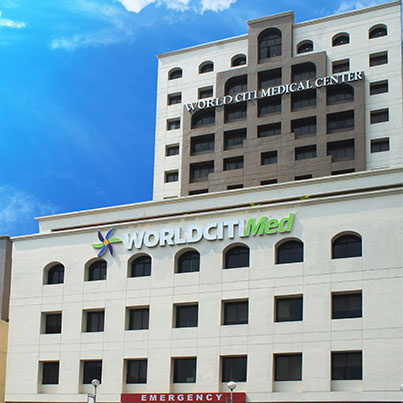 In the mid-1980s, following a national economic crisis, QCMCC shifted to new ownership and management under the GUICO FAMILY from Binalonan, Pangasinan.

Being a neophyte in the healthcare industry, Mr. Ramon N. Guico Jr., a Triple A contractor building dams, roads, and buildings, together with his housewife, Arlyn Grace V. Guico, who was into the real estate business, faced a lot of strides in managing the newly acquired venture. But with the shared strong faith in God, they persevered even more to make their hardships into fruition. QCMCC’s two-story was developed into a 15-story hospital building spreading its top-quality service to thousands of patients in the community.

The Guico family has continued to act as catalysts and promoted health care education to new heights. From a small nursing school, QCMCC had evolved to World Citi Colleges, which became one of the most competitive nursing schools in the country. With God's blessing, noble intentions, and pure dedication to serve mankind as its basic foundation for it to thrive, the hospital went along with its growth and was restructured into what now is known as the World Citi Medical Center (WCMC).

With the inspiring leadership and visionary prowess of the Guico family, WCMC became the trendsetter in 1995 when it introduced the first Medical-Hotel concept in the country. With its innovative concept, it has been a Philippine Marketing Excellence Awardee for the Most Outstanding Center for Wellness and Medical Hospitality in the Philippines. It also received the Most Outstanding Medical Center in the Global Excellence Award held in Shenzhen, China.

For five (5) decades of healing, World Citi Medical Center has touched and transformed the lives of countless patients and supported them throughout their healthcare journey. It is an ISO-certified, level 3 hospital with residency programs in internal medicine, obstetrics-gynecology, pediatrics, and radiology. It is a full-service general hospital, offering comprehensive technology in a patient-centered environment, modernized patient care units, with rejuvenating patient rooms that endow personalized patient care.

Today, World CitiMed, with the help of more than a thousand employees and more than many active and visiting physicians, continues to expand, fulfill its cause, and serve its purpose for the ever-changing needs of the community.

We are committed to bringing our patients not just the best hospital care, but healthcare that continues to adhere to DOH and ISO standards